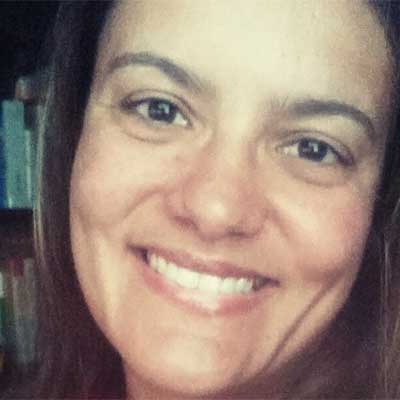 RAFA LOMBARDINO is a translator and journalist from Brazil who lives in California. She is the author of “Tools and Technology in Translation ― The Profile of Beginning Language Professionals in the Digital Age,” which is based on her University of California San Diego Extension class by the same name.

She has been working as a translator since 1997 and, in 2010, started to join forces with self-published authors to translate their books into Portuguese and English. Around the same time, she started working with entertainment companies and multinational corporations to meet their subtitling, transcription, and voice-over needs.

She specializes in Information Technology, having earned an Associate’s Degree in Computer Sciences, with emphasis on Data Processing. She also works on Corporate Communications, having majored in Journalism with a Bachelor’s Degree in Social Communications. Her other fields of expertise include Health and Well-Being; Education; Immigration; Environment, Health & Safety (EHS); Fiction and Non-Fiction Literature, and Audiovisual translations.

Rafa runs Word Awareness, a small network of professional translators established in California, is one of the co-founders of the Association of Translators and Interpreters in the San Diego Area (ATISDA), presents several webinars through Proz.com, and is strongly involved in the activities carried out by the ATA Portuguese Language Division, having served as Blog Editor (2014-2017) and Administrator (2017-2019).

Reach out to Rafa directly